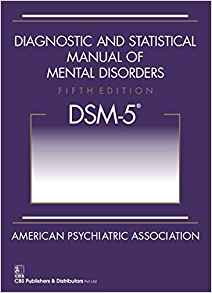 A quick description or definitions of some of the more pressing problems of today. Taken from the DSM-5.

1) Depression: Usually a month or more of depressed mood or loss of interest or pleasure. Feelings of hopelessness, worthlessness, sadness, irritable mood, eating and sleeping issues, fatigue and or diminished ability to concentrate are some of the more prominent issues of depression. (Treatment: ACT*, CBT*, EMDR*, PDT* & Mindfulness w/ possible Medication)

2) Anxiety: Difficulty in controlling worry. Most common symptoms are: Unwarranted worry about anything, restlessness, preoccupation with distress, fatigue and trouble sleeping, often accompanied with muscle tension. Some of the more prominent types of anxiety disorders are: Generalized Anxiety Disorder or anxiety that is for no apparent reason, Social Anxiety Disorder or anxiety in dealing with any number of socially active circumstances, Agoraphobia or fear of leaving one's protective environment (crowds, open spaces, public transportation, or being alone outside), and Specific Anxiety Disorder (phobias) or fear of specific things, such as spiders, the dark, other people, etc. (Treatment: ACT*, CBT*, Mindfulness, & EMDR* w/ possible medical marijuana)

3) Addiction: There are number of different types of addiction, actually too many to mention, however the most common are as listed here: Alcohol, various drugs and medications (legal & illegal), gambling, sex, caffeine and tobacco. Symptoms include: Uncontrollable dependence related to addiction, significant psychological impairment or distress, inordinate amount of time spent on addiction and symptoms, misplaced social or work-related activities, and physical manifestations caused directly from addiction. (Note: Normal psychotherapy is appropriate to addiction issues after those addicted have completed the initial, and specialty, treatments for their addiction. Psychotherapy is one of the final steps in completing one's independence.)

4) Obsessive Compulsive Disorder (OCD): There are two parts to OCD. The first is "obsession" or recurrent and persistent thoughts, urges, or mental images. The second is "compulsion" or repetitive behaviors caused from one's persistent thoughts. Again, there are too many types of OCD to mention, however some of the more prominent are: excessive counting, hand washing, checking, repeating words, hoarding, and preoccupation with personal appearance. Other more out-of-the-ordinary, but not that uncommon, are: the pulling one's hair, picking of one's skin, ritualized eating disorders, guilty ruminations, and many others. (Treatment: CBT* & Exposure Therapy)

5) PTSD or Post Traumatic Stress Disorder: This disorder is a reaction after at least one month of exposure to a traumatic event, such as threatened death, serious injury, and or sexual violence, either by direct involvement or as a witness. Symptoms can be manifested by nightmares, flashbacks, serious irritability, marked physical reactions to stimuli, psychological distress associated with cues that symbolize traumatic experience, and difficulty remembering specific details around the traumatic event. There can also be unpleasant negative and aggressive behaviors associated with one's personality during distress. (Treatment: EMDR* & Judith Herman's "Trauma and Recovery" w/ possible medication)

6) Adjustment Disorder, Grief and Growing Old: Florida has a heavy investment in people past the age of 60, which brings its own set of problems. They sometimes begin with a new environment, new friends, and a new set of circumstances one hadn't planned on. Adjustment Disorder is marked by out-of-proportion stress reactions from a change in lifestyle, grief, or unfortunate events. When these reactions are clinically significant within three months of the occurrence, they can manifest into depression and or anxiety that needs therapeutic attention. (CBT*, Mindfulness and PDT*)

7) Attention-Deficit Hyperactivity Disorder (ADHD): This is a neurodevelopmental disorder or one in which is biologically driven. It is marked with problems of inattentive or concentration/focus issues for both children and adults. The hyperactivity is discernible by a lack of impulsive control, or the inability to sit still or control one's verbal discretion. It is also recognized by one's inability to follow instructions, organize tasks, and be easily distracted by extraneous stimuli. Because ADHD is a biological disorder, it is often treated with both medication and psychotherapy. (CBT* w/ medication)

I'd recommend Cort, because quite simply, I trust him and am proof that the tools he help me find, have made my life manageable again.